I have a thing about mechanical watches. I only wear one though, the engagement watch (I’m not into diamonds*) that my now husband gave me in 2014.

It’s a silly thing to be honest, if you want an accurate watch that doesn’t have the hassle of changing or charging batteries, get a solar powered one, hands down (or clockwise, ideally).

Mechanical watches are not very accurate, ‘automatic’ ones don’t need winding by hand, but they often need to be worn daily to keep enough charge in the mainspring, and they even need expensive servicings! And they cost loads more anyway!

I still love mine. I feel like it’s sort of alive.

Anyway just in case anyone is intrigued by such tiny mechanics like I am, or also has one that’s suddenly started running super fast out of the blue like mine did last week, I found that it had become magnetised. Mine was running almost a full minute fast every day (literally off the scale)! 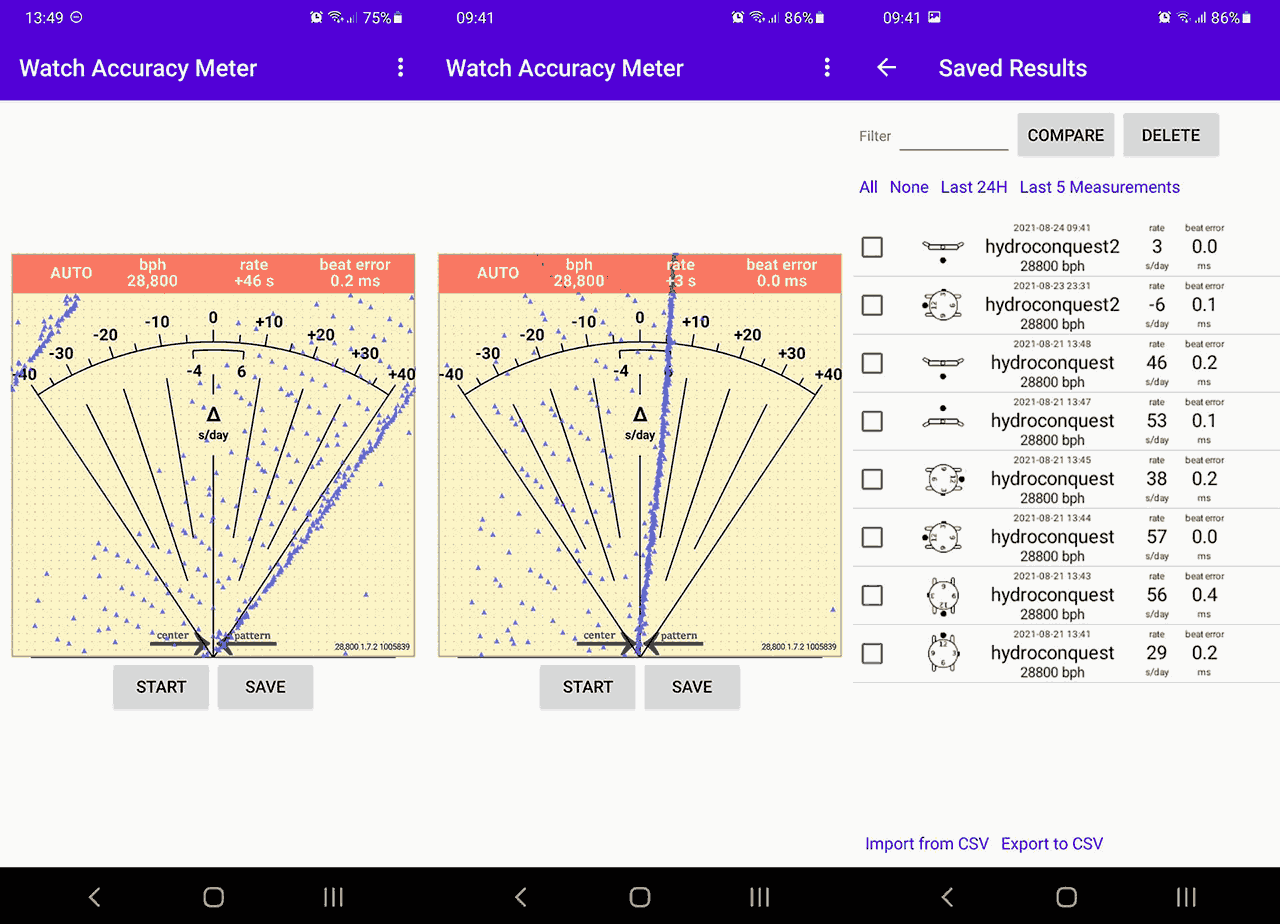 Watch Accuracy Meter Readings, Before and After Demagnetisation

This fast running happens because the hairspring (that serves as a watch’s ‘pendulum’, if you think of a grandfather clock) coils start to stick together, making the size of the oscillation shorter, so it ticks to and fro faster than it should.

Anyway instead of taking it to a watchmaker to sort it out, I was able to gauge the magnetism with a mobile app, then I could meter exactly how fast it was running with another app, then a blue plastic demagnetising device bought off Amazon for a tenner helped me fix it.

I’m just pleased with myself and I love the tiny wee old-timey-time-tech. If you’re still reading, there’s no other point to this post 🙃

*That’s sort of a lie. Diamonds are beautiful. Created ones are great. But not worth the money or death toll needed to get them out of the ground and sell your soul to DeBeers.

P.S. For people in the know, it still tickles me that this watch is called a “HydroConquest” like it really wishes it was an Omega Seamaster, but that name was already taken. They’re all owned by Swatch anyway so 🤷 ..that does mean you can call your Swatch Flik Flak a proper Swiss watch 😃

← back to blog index